19 Things for Students to Do in and Around Lancaster 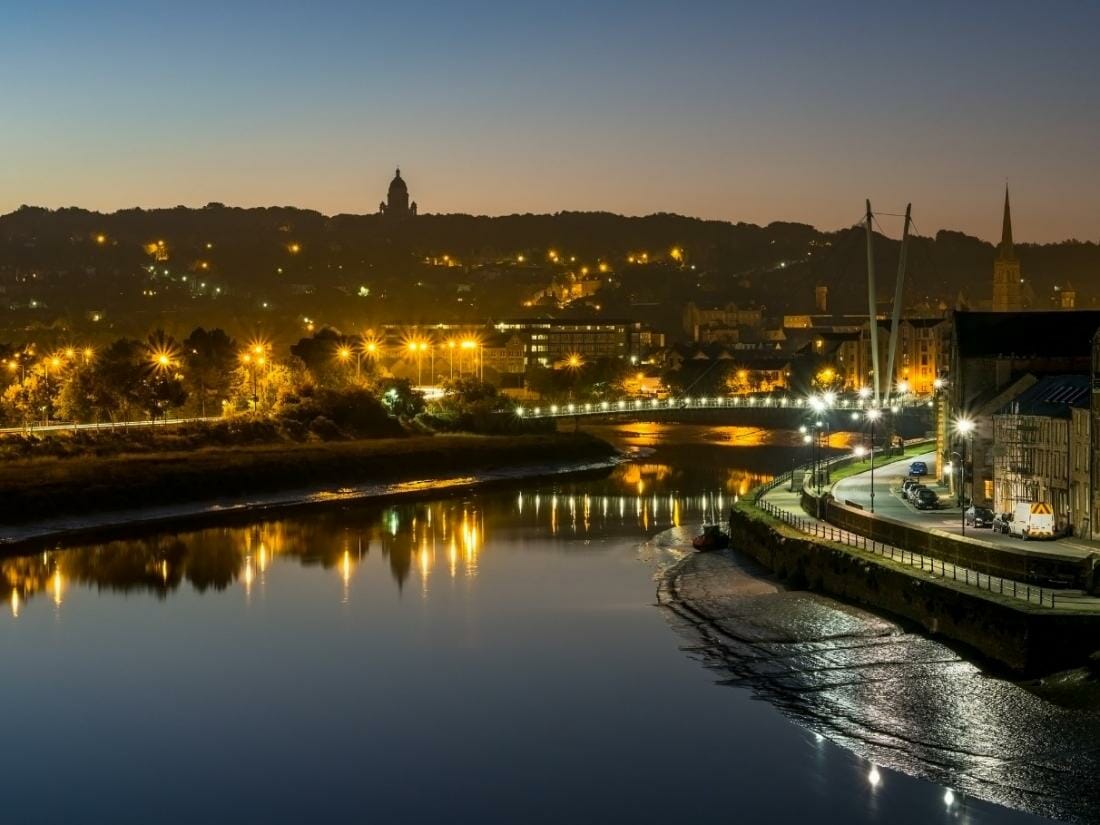 While Lancaster is known for many things, we like to think of our humble city as the home of fantastic student living.

The team here at Student Housing Lancaster have 20 show-stopping things that will make you want to pack a bag and venture into the city right now.

Ever stuck for something for you and your flat mates to do – this list will save the day!

Seen from far and wide, Williamson Park’s Ashton Memorial dominates the city’s skyline. It’s been standing tall since 1909, when millionaire and MP James Williamson built the memorial. It makes for an enjoyable day out with all your friends, especially on a summers day!

Grab some food, a football, and some blankets, and you’re sorted! Plus, they host plenty of events throughout the year, such as the well-known Highest Point Festival – so keep an eye out for them.

Make sure to explore the Butterfly House, the mini beast and bird hideout and in particular, the resident meerkats. The perfect opportunity for that perfect Instagram picture.

Did you know? Ashton Memorial stands extremely close to the mathematical centre point of the UK and Northern Ireland.

Another historical monument in the city is the Castle, which is a must-do day out for all students. It’s a beautiful building, with the main entrance giving a great first impression through a 66 ft high gatehouse dating back to the 15th century.

The medieval history of the castle is unclear, but it’s possible it was founded in the 11th century on the site of a roman fort. In 1164, the premises came under royal control.

They are open daily for tours and also hold some events throughout the year.

Did You Know? The castle was built in a strategic position for confident conquest; enemies had to cross the River Lune to even begin battle!

Lancaster canal is one of the most characteristic aspects of the city. Over time it has developed its own unique character and allows you to experience some stunning views without spending a penny. A stroll along the Lancaster castle can be a great way to cure boredom and get some energising British fresh air!

Did You Know? Lancaster Canal, running from Preston to Kendal, has 14 locks.

Have you managed to spend time exploring the local museums yet?

All 5 museums give a unique perspective into the history of this vibrant historical city. The Lancaster City Museum immerses you into the past of the city; from the Romans to the present day, whereas Lancaster Maritime Museum, overlooking the River Lune, gives you great knowledge on the overseas trade which previously thrived in Lancaster.

Did You Know? Inside Lancaster City Museum, there is a Roman Tombstone from 100AD!

One of the great things about Lancaster is that there are 2 theatres, both which are full of exciting events and shows to enjoy.

The Dukes indulges in independent film and local productions, whereas the Grand Theatre brings acts from far and wide. You can see what’s on until July at the Grand Theatre here and see the events calendar at the Dukes here. Every month they run a ‘Mystery Film’ night, where you can buy a ticket for the big screen and sit down to watch a film that you won’t know the identify of until it begins.

Did You Know? The Queen herself, as Duke of Lancaster, gave her approval for the use of the name Dukes Playhouse.

With the Lancaster Vue Cinema being only £5 a ticket, it’s an affordable evening or day trip for everyone. A trip to the cinema is always a great option for you and a group of friends, and with 2018 shaping up to be a year of award-winning movies, there’s plenty to see. You can see what’s showing here.

Did You Know? If you get a ticket and one of those kid’s deals, you will spend less than £10 altogether.

A short bus journey and you reach Salt Ayre.

They have recently undergone a transformation and have added new and exciting features to their building. They now have a rock climbing wall, a Gravity Flight Tower, a Spa and Beauty Lounge, a fresh new cafe, and a newly expanded gym!

You can see prices, events, and times here.

Did You Know? You can get a complete Spa Experience for £20 PP including an hour and 45 minutes of complete relaxation.

Manchester has one, Liverpool has one, even Preston has one – and now Lancaster has presented us with our very own Escape rooms. With 4 unique rooms ranging from a funfair theme to a murder-mystery, you can put your teamwork to the test.

Did You Know? Enter the code LETMEOUT at checkout for 10% student discount.

Lancaster and its wide-open spaces are perfect for exploring on your bicycle.

The canal isn’t the only place to pick up some speed, the Lancaster cycle tracks were made for a group of students to cycle into the countryside. There’s plenty of amazing cycle routes in the area to explore with your mates.

Did You Know? Lancaster, Morecambe, and the Lune Valley is the largest cycling network in all of Lancashire.

There’s lots of super cute coffee shops that are a must-visit in Lancaster, selling all kinds of irresistible delights. Atkinsons coffee and Juicafe are just two of many popular student hangouts. Is there a better way to spend a Sunday than to catch up with friends over a coffee?

A quaint cosy café can also be the perfect spot to catch up on some revision or coursework.

Did You Know? The Music Room has been nestled down Sun Street since way back in 1730.

A while ago, Lancaster was restricted to only a few small shops. Now we have a Primark, a Topshop, a River Island and even a JD Sports, not to mention lots of great local small businesses! A shopping trip is always a great way to keep you and your friends entertained. You could even split your trip up with an impromptu coffee date in between.

Did You Know? The Assembly Rooms on King Street has been standing since the 18th Century and hosts everything from retro and vintage clothing to vegan snacks in the café.

If you are ever stuck for things to do, a day out at Lancaster Leisure Park can cure your boredom! There’s the Countrystyle Kitchen Restaurant (who serve Walling’s ice-cream!), GB Antiques, and Lancaster Brewery, where you can take a grand tour and much more.

Did You Know? GB Antiques made world-wide news when a bull escaped and paid a visit to the antiques warehouse. You will see the sign “bull in a china shop” when you visit.

There’s so many cafes and restaurants in Lancaster which offer delicious and value for money delights all day long. On a Tuesday at Study Rooms you can get half price food and there always a happy hour somewhere, such as Molly’s Restaurant.

Be sure to check out Moor-ish for a local alternative to subway or Hodsgons chippy to find out what award-winning chips taste like!

Did You know? The Whale Tail is the perfect spot for vegan and vegetarian treats. A vegetarian sausage sandwich has never tasted so good.

Of all Lancaster’s fantastic qualities, its nature is on the top of the list. From Preston Junction to Warton Crag and Leighton Moss, there are numerous nature reserves to put on your must-visit list. All locations offer stunning scenery, wonderful wildlife and of course, plenty of benches to stop and have a bite to eat while taking in your surroundings.

Did You Know? There have been recordings of 215 species of plants at Heysham Nature Reserve, 21 separate kinds of butterfly, 200 types of moths and at least 10 yellow-browed warblers from Siberia.

There is always a buzz in Lancaster when it comes to live music.  From drum and bass to indie folk- you name it, Lancaster has it. Some places which regularly hosts live music include the Pub, the Bobbin, The Robert Gillow and The Golden Lion.

Amongst the live local musicians there’s also plenty of musical shows going on at the Platform in Morecambe, the Grand Theatre and more. And don’t forget about the greatly enjoyed Lancaster Music Festival.

Did You Know? Lancaster Library has welcomes acts such as The Wombats, Katie Nash and even Adele.

There’s more than enough bars in Lancaster to keep every student entertained. From relaxed cocktail bars to traditional pubs with live music- whatever your style and drink preference, Lancaster has you covered. Check out some of the places here.

Did You Know? The Crafty Scholar don’t just do the ordinary pints; they do detox smoothies and frappes which are simply delicious.

Just a short train ride away and you’ve reached the sunny town of Morecambe, with plenty more to see and do. The world-renowned seaside resort is always seeking to improve itself with lots of new additions, including the most recent Jump Rush. Don’t forget you can keep up to date with any events going on here.

Did You Know? Morecambe Bay, covering 310 square kilometres is the second largest bay in Britain after The Wash.

The university hosts plenty of ways to channel your inner sportsman. Everything from tennis to swimming and football is covered and is available for all Lancaster Uni students to utilise.

Why not get some friends together, go around the Trim Trial, go for a swim, have a game of tennis or even attend a fitness class together?

While it’s great to get out and about with your housemates and socialise, sometimes all you want to do is get your onesie on, order a pizza and stream your favourite movie together in your student accommodation in Lancaster. This is what’s so great about living in a student house full of your friends; if you’ve done all your uni work, then you don’t have to move at all. Let the takeaway come to you. Lancaster adventures can wait till tomorrow.