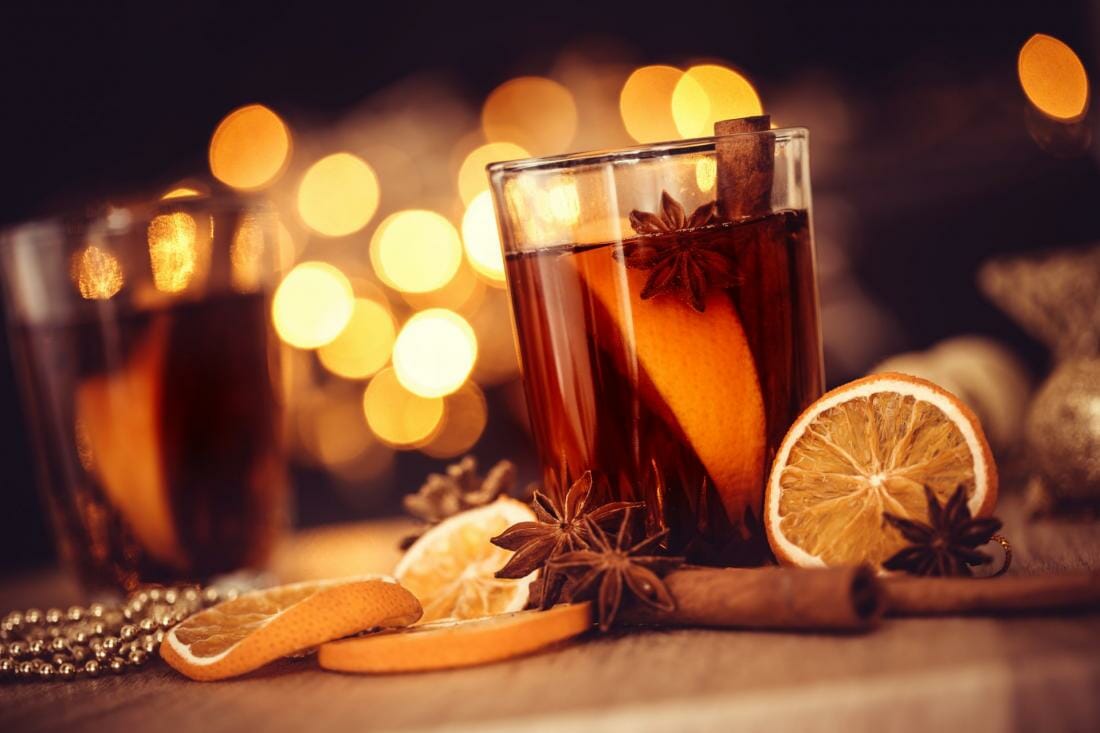 Christmas is a wonderful time year. There are presents, the decorations, parties and, of course, the food! You will no doubt be stuffing yourself silly this December, ‘tis the season after all. If you don’t want to sit back and let everyone else handle the cooking this year, why not pick up some super easy recipes for Christmas goodies so you can lend a hand?

Whether it’s to help out your flatmates for your end of academic year Christmas meal, or you want to let your parents relax at home while you take over some of the cooking duties, here are some delicious, festive treats that are easy to do:

Perfect for parties and evenings by the fire, Christmas just wouldn’t be Christmas without this toasty beverage to warm everyone up. Here’s everything you’ll need:

Start by pouring the red wine into a saucepan. Add the clementine, cinnamon stick, star anise, figs, cloves and peppercorns and heat it very gently until it begins to simmer. Then turn off the heat.

Spoon out the whole spices and peppercorns and stir in the brandy. The mulled wine is then ready to be ladled into mugs or heatproof glasses to serve. You can use a slice of clementine as a garnish.

Some people love them, some people hate them, but the humble Christmas pudding is a true Christmas staple that cannot be left out this 25th December. Here’s a classic, light and super simple recipe. You’ll need:

Put the raisins, sultanas, self-raising flour, grated butter, breadcrumbs, sugar and nuts into a mixing bowl with the spices and mix. Then stir in the milk and the egg. Once it is all well combined, tip the mixture into a buttered 1.5-litre pudding bowl.

Cover with a double layer of foil making a pleat in the centre to allow the pudding to rise. Tie the foil with string to keep it secure and place in a steamer or a large pan containing enough water to come halfway up the sides of the bowl. Steam the pudding covered with a lid for two and a half hours. Top off the water throughout if necessary.

If keeping the pudding for Christmas Day, remove the foil and let cool slightly, wrap in cling film and then in fresh foil. If serving immediately, unwrap and invert the pudding onto a deep plate.

To make the sauce, put the butter, sugar, cream and vanilla extract into a pan and bring to the boil while stirring. Allow to bubble until the sugar has dissolved and the sauce is a caramel colour and thickened. Pour sauce over the pudding and decorate with leftover mixed nuts. 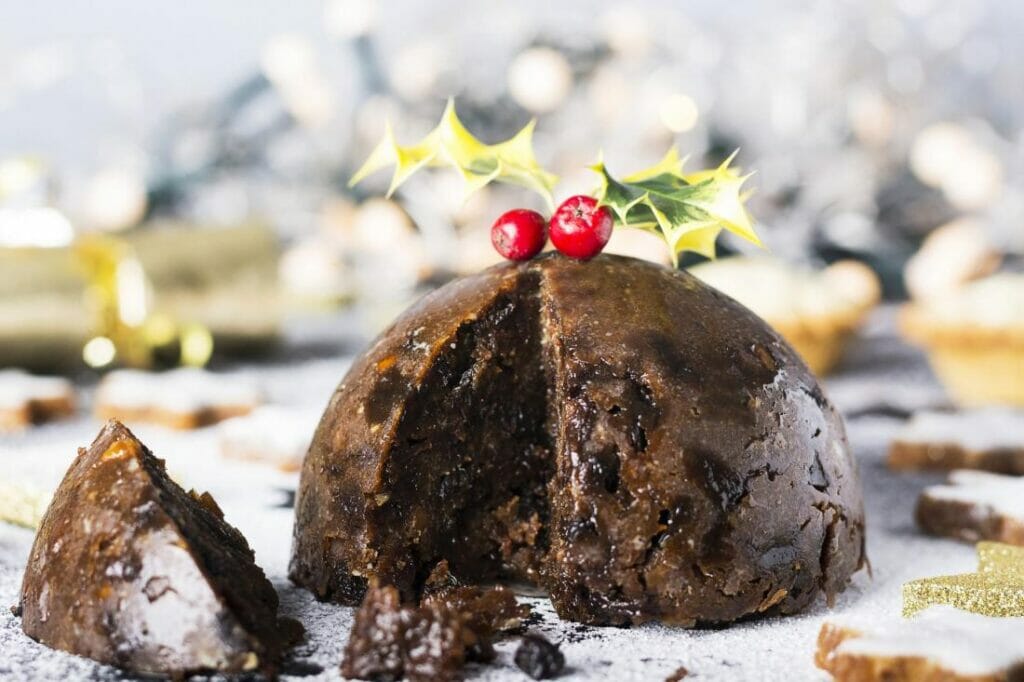 Another love it/hate it Christmas delight: mince pies. These are easy to make when you skip making the mincemeat yourself and buy a jar of it from the shops (no one will know the difference!)

Start by making the pastry. Rub the butter into the flour – you will know when you’ve rubbed in the butter when the mixture resembles breadcrumbs – and then mix the sugar in with a pinch of salt. Knead the pastry into a ball; it can be used immediately or chilled for later.

Top the pies with the lids and gently press the edges together to seal. Beat the egg and brush the tops and then bake for 20 minutes until golden. Leave to cool in the tin for five minutes then place on a wire rack.

Jazz up those parsnips this year with a beautiful whiskey and maple glaze; veg will never be boring again.

Preheat the oven to 200C/gas/180C fan. Pour the parsnips in a bowl with the oil and seasoning and toss them to cover. Tip into a large roasting tin and put in the oven for 40 minutes, turning them halfway, until they are caramelised and cooked.

Put the whiskey and the maple syrup in a pan and reduce until syrupy, then add the vinegar. Pour over the parsnips, toss well and then return them to the oven for 15 to 20 minutes or until they’re glazed.

Gravy is arguably the most essential component of the Christmas dinner. Here’s how to make a tasty gravy on the big day.

Heat the butter in a pan – or use the roasting tin containing the meat juices from the roast – then scatter the flour. Stir until you have a dark paste then splash in the port and redcurrant jelly and cook down until sticky. Stir in the stock and simmer for five minutes. Perfect gravy ready for serving. 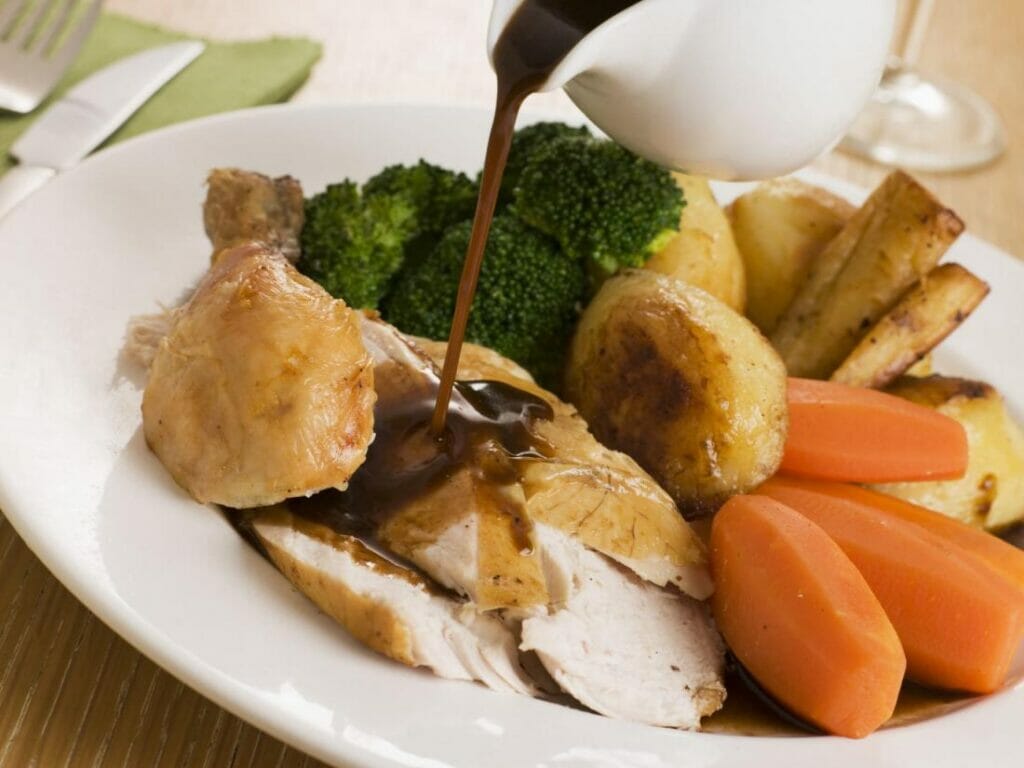 Why bother with all that gravy if you don’t have some delicious, crispy roasties to have with it? Here’s an easy, tasty recipe for roast potatoes.

Preheat oven to 200C/gas/180C fan. Cook the potatoes in a large pot of boiling water for eight to ten minutes. Pour the dripping or oil in a preheated roasting tin until almost smoking.

Drain the potatoes and sprinkle them with the flour, turmeric, oregano, salt and pepper. Toss until they’re all covered in the mixture and place in the roasting tin and coat them in the hot fat. Roast the potatoes for 40 minutes.

We hope these recipes help you have a truly delicious Christmas this year. From everyone here at Student Housing Lancaster, we wish you a very Merry Christmas. If you’re looking for student accommodation for next year, browse our listings on our website for Lancaster student housing.